Home > The History of Maritime Communication and More!

The History of Maritime Communication and More! 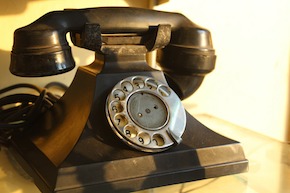 Communication has always been and will certainly continue to be an important aspect of human society. When communication occurs over any amount of distance where face-to-face interaction cannot take place, it is done by telecommunication: communication by electromagnetic or electronic means.

In modern society, telecommunication is commonplace due to advances in technology. We turn on the radio in our car during our commute, we check the mail and email every day, we likely use computers and the Internet at our place of work, we watch online videos and check social media during our leisure time, we sit in front of the TV to wind down, and most of us would never leave the house without our cell phone. But it hasn't always been this easy to communicate over long distances.