Home > About Us > About the Author - John Maguire

About the Author - John Maguire

As the founder of International Voyager and CruiseDirect.com, John Maguire has always had a passion for travel.

He began his career shortly after college at a Miami-based travel media company, which published more than 100 magazines and guidebooks for Caribbean islands, airlines serving the area, and cruise lines. During this time, Maguire helped launch and later managed a port lecturing program. This program promoted Caribbean shopping and activities on all major cruise lines. Maguire was responsible for advertising sales as well as promoting island-based publications to tourism boards and hotel associations throughout the Caribbean islands.

In 1995, Maguire discovered the potential of the then-emerging Internet and joined the travel channel of America Online in Virginia. There, Maguire worked to help convert a travel-content channel into one of the first air, hotel and car online booking web sites.

With this experience under his belt, Maguire later managed business development for the online ventures group of The New York Times. Maguire worked with Golf.com, Tennis.com, CruisingWorld.com and SnowCountry.com. Maguire continued developing his online career by joining a search engine company called Snap.com, which eventually was acquired by NBC.

After accepting a position as vice president at Idealab, an ecommerce incubator, Maguire acquired the entrepreneurial experience that he needed to compliment the rest of his expertise. At this point, he started International Voyager and CruiseDirect.com.

Besides leading these successful ventures, Maguire enjoys time with his family, traveling, technology, sailing, skiing, and scuba diving. Although he likes living in the country, he has visited more than 57 countries and six continents as well as traveled on more than 100 cruise ships. He is an avid sailor and has captained boats throughout the northeast United States, the Caribbean and Thailand. Originally from Rutherford, New Jersey, Maguire attended the University of Colorado at Boulder.

Educational Articles:
Finding Your Family from Ship's Passenger Lists
Travel by Ship: A Guide to the Earth's Bodies of Water
The Tradition of Viking Ships and Rowers
Cyclones, Typhoons, and Hurricanes, oh my! The Dangers of Sailing on Open Waters
Cruising the Waters: All About Coral Reefs
Guide to Safely Traveling with Children
The History of Maritime Communication and More!
Ship History: The Titanic
Safety at Sea: All About Lighthouses
All About America's Heritage Rivers
The Pirates who Cruised The Caribbean
H. L. Hunley: Confederate Submarine
Recourse Guide for Lighthouses, Lightships & Lifesaving Stations
Maritime History, Ships, and Shipwrecks
Deep Seas Boating Dangers - The Deadliest Creatures in the Ocean
Cruising the Panama Canal: The History of the Path Between the Seas
Maritime History: U-Boats
Red and Green, Go-Between: A Guide to Buoys and What They Mean
Ship Modeling for Beginners
Sea Level: What is Atmospheric Pressure?
Safety at Sea: A Guide to Lightning and Atmospheric Electricity
Maritime History: Naval Battles of World War II
Junior Seamanship: Terminology, Safety and Navigation Basics

WHY CRUISERS TRUST US

WHY BOOK WITH US? 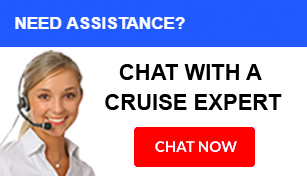