Deep Seas Boating Dangers - The Deadliest Creatures in the Ocean 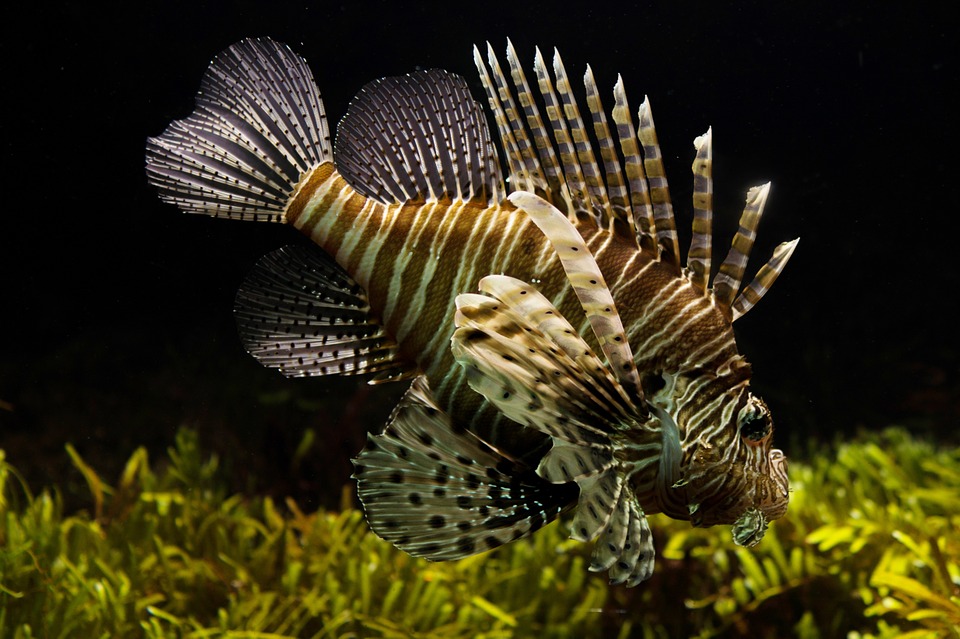 The world's oceans are teeming with life that's both gentle in nature and savage. Many large and small aquatic animals can potentially injure or kill both humans or other marine life. While some of these animals are well-known or have an obvious threatening appearance, others may seem relatively harmless. Before going into the water it is important to understand what creatures are out there and whether they pose a potential threat.

One of the fiercest predators in the ocean is the great white shark. It is the world's largest predatory fish and is known to reach lengths up to 25 feet and weigh as much as several tons. The upper and lower jaws of the great white have several rows of teeth and at any given time it can have roughly 300 of them that are in various stages of development. They can smell blood in the water from a third of a mile away. As a result, they can be dangerous to both marine life and humans, although human attacks are rare. Commonly, great white sharks prey on sea mammals, such as elephant seals. In North America, they can be found in the Pacific Ocean.

Giant squids are the stuff of legends. They've been the subject of many stories in which sailors and fisherman tell of a giant squid-like creature that destroyed or capsized ships and pulled men into the ocean to their death. It is believed that giant squid are not likely to have committed these acts and are not typically considered an outright threat to human life. They are, however, considered a dangerous predator. As one of the largest invertebrates on the planet, Architeuthis dux, which is the scientific name for the giant squid, is thought to reach as much as 440 pounds and 33 feet. The largest recorded one of its kind, however, weighed almost a ton and when measured it was 59 feet long. Their eyes, which are the largest of all animals, allows them to see in the darkest depths of the ocean. They have eight arms, two long tentacles for feeding, and a sharp beak-like mouth. While they eat smaller animals, such as fish and shrimp, they are thought to also eat smaller whales.

Lionfish are extremely dangerous, with venomous spines that protrude from their bodies along the back and underside. These spines puncture flesh and release venom into the victim. This can cause extreme pain, respiratory problems, and paralysis. While this typically does not kill humans, the painful side-effects may potentially last for weeks after treatment. They are invasive species that, although they are native to the Indo-Pacific, have spread to areas such as the Gulf of Mexico, the U.S. along the southeast coast, and the Caribbean.

Blue-ringed octopuses are deceptively attractive, particularly when threatened and at their most dangerous. These small octopuses display vividly iridescent blue rings on their bodies when alarmed. Although beautiful, these markings are meant to serve as a warning to predators. When it attacks, it injects its victim with deadly venom. This venom causes loss of vision, motor skills, paralysis, and death. While there is no antidote for the lethal venom, survival is possible if the person survives the first 24 hours. Artificial respiration must be started quickly and the heart massaged until the dissipation of the poison. There are several species of blue-ringed octopuses in existence, all of which are deadly.

Barracuda are a type of fish that ranges in size from 20-inches to over 6-feet. These carnivorous fish are ambush hunters that weigh up to 110 pounds with long jaws that have two rows of dagger-sharp teeth. They are attracted to shiny or reflective objects, which can prove problematic for divers who may be wearing something reflective, as barracudas may mistake the object for prey and bite the diver. A bite can cause injury requiring stitches due to its sharp teeth, but won't typically kill the victim. Because they consume toxic plankton, they may become poisonous the more they eat and the bigger they get. This is problematic for those who consume barracuda as it causes neurological, gastrointestinal, and cardiovascular symptoms that may last months. They can be found in the western Atlantic Ocean, the eastern Atlantic Ocean, the Gulf of Mexico, the Red Sea, the Caribbean Sea, and also the Indo-Pacific.

Cubozoa is a type of jellyfish known as box jellyfish for their square shape. Like other jellyfish, they have tentacles, as many as fifteen, that contain thousands of nematocysts that deliver a venomous sting when they come into contact with their prey or unsuspecting obstacles such as humans. These tentacles, however, range in intensity from mild to lethal depending on the species of which there are approximately twenty. The sting of the most lethal cubozoans have even been known to kill humans, as their venom is one of the world's deadliest. The heart and nervous system of box jellyfish victims are adversely impacted by the venom. Those who manage to survive a cubozoa attack suffer from scarring and intense pain. Found primarily in the Indo-Pacific and along the Great Barrier Reef, these gelatinous invertebrates are carnivores that feed on worms, fish, and crustaceans.